We are honored to be their exclusive representative on the European territory. 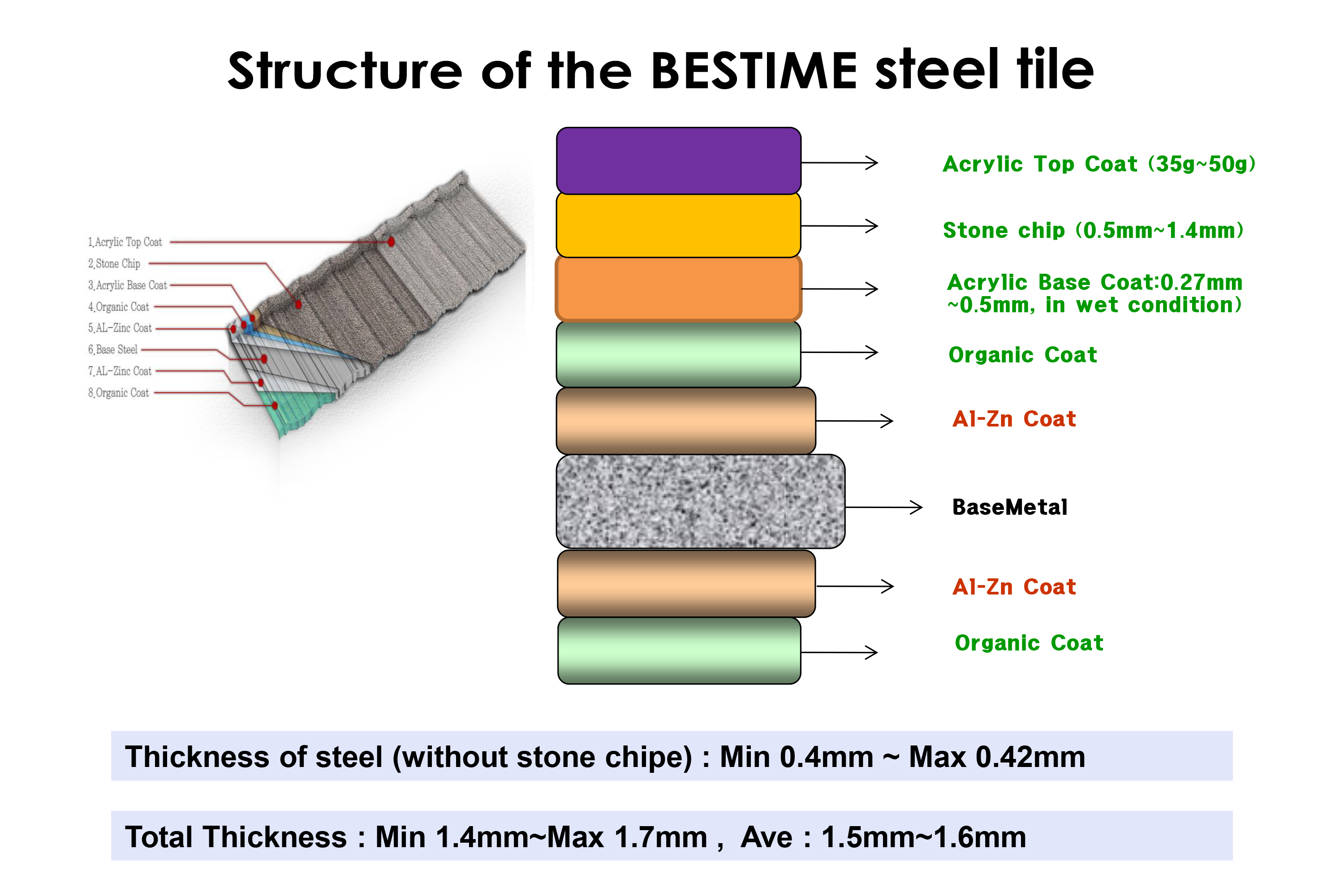 Our tiles are made from heated acrylic polymers, flame retardant materials, anti-rust materials and natural stone particles (the highest quality volcanic stone in Italy) on a surface treated galvalum steel sheet, which is 5 times more resistant to corrosion and heat. 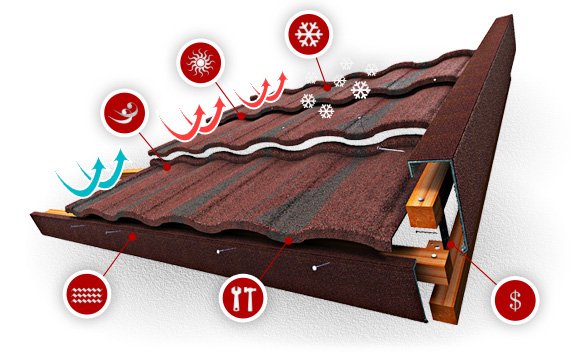 According to legend, the first use of metal tiles dates back to the construction of the Jerusalem synagogue, around 970 BC. JC.
Subsequently, other great historical monuments benefited from this technique: the Parthenon (5th century BC) or the Notre Dame cathedral in the 12th century.

It was not until American independence that steel tiles from Europe crossed the Atlantic.
At the start of the 20th century, zinc was added to steel to prevent corrosion.